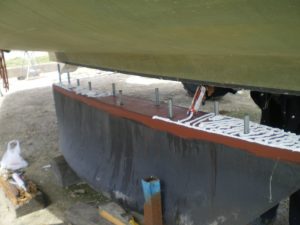 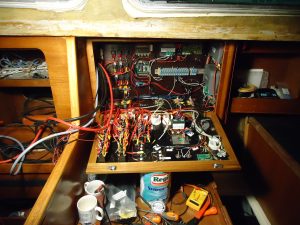 Part way through the rewiring, Estonia, 2012 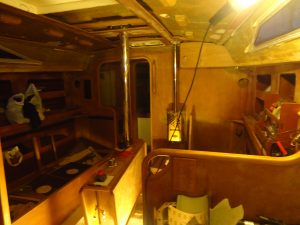 I have a longstanding simplification project on the boat.

The generator that came with the boat when I bought it was removed in 2012.  I removed the watermaker in 2015, and changed from an inflatable with a 15HP engine to a rowing dinghy with a 2.5HP engine.  I will gradually move to some manual pumps and a manual windlass when the electrical versions eventually fail.

The boat is already self-sufficient in power with solar and wind sources, supplemented underway with a towed generator.

We collect rainwater using the fixed bimini, and this covers most of our day to day freshwater usage.