Skip to content
We’re close to the corner north of Lisbon (Cabo Raso for those who like precision in these matters), it’s a very calm night with 3kts true wind, and we are – again – motoring.  We seem to be alternating between motoring in calms or light winds, or waiting out strong headwinds: Otra Vida is not a boat that sails well to weather.  Since leaving Vigo last week we’ve sailed for 2 hours and motored for about 45 hours.  This is not a pleasing ratio.  And it’s not that we’re in a rush.  The issue is that the wind remains like that for as far ahead as we can see with forecasts. 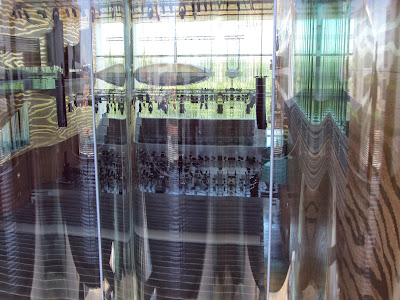 Today we’ve had plenty of dolphin company.  In this almost glassy calm with 2m swells rolling in from the Atlantic, moonlight on the water, and smoke from something burning on land in the air, the dolphins alongside are even more ethereal than usual.  When it was sunny earlier their lithe muscular bodies diving and rising and twisting in the perfectly clear blue-tinged deep water were something to behold.  Now there are unexpected sounds of waves and splashes next to the boat, a fin rising out of the water, a small explosion of foam and bubbles where they break the surface, glassy white and silver in the moonlight against a black mercury sea.
There are many lobster pots off this coast, so we’re on almost constant lookout for them.  There’s a rope cutter on the propeller which theoretically should cut through and stop rope from fouling the prop, but I have two concerns.  The first is that I am not convinced that the rope cutter will actually cut through all ropes … it seems to me it would struggle above say 15-20mm diameter, and it would depend on where and how the rope started wrapping around the propeller.  The second and more important consideration is that these lobster pots are someone else’s livelihood, and cutting through the rope means the loss of 10-20 pots on the end of the line, plus whatever seafood contents are in there.  So we keep a very regular watch and try to avoid them.  To my knowledge so far this year we’ve avoided them all.
We were in Porto for two days at the very swanky new marina in the river.  It used to be that your only real choice was to anchor or berth at Leixoes, outside the entrance to the river, as the river itself had no practical docking facilities other than for local boats serving the port (wine) tourist trade.  No more.  The marina is lovely, and the fresh bread they leave in your cockpit each morning is a nice touch.
I was last in Porto in 2009, heading south to the Mediterranean for the summer, with Wendy and Neil on board.  The marina didn’t exist then, so we stayed in Leixoes and travelled into town.  A memorable day was spent visiting Casa da Musica, a Rem Koolhaas designed spaceship that landed in Porto to provide a concert hall for the population.  Four years on it is still arresting, particularly inside, but I am struck by how much it has tired in such a short time.  I know defenders of traditional architecture claim “old style buildings mature, modernist ones just get old”, but that is an argument I’ve never really bought – it sounds too much like code for “don’t try new things, don’t push limits, and don’t progress”.  Even if Koolhaas’ brilliant building was only temporarily fresh, it was still worth it – for me and I am sure for many others the emotion it brought four years ago is still there.   And the contemporary fado concert we enjoyed there this time was not tired at all.
You can’t go to Porto without visiting a port house.  Maret wasn’t much of a fan of port before the visit, but developed a taste remarkably quickly.  Just like Laphroaig in Islay, or percebes in Galicia.  I remain cautiously optimistic that her enthusiasm for sherry will extend beyond Pedro Ximinez after a visit to Sanlucar de Barrameda.
Some of Maret’s friends from Estonia were coincidentally in Porto on a brand new and very beautiful catamaran, and we stopped by to say hello.  I’d met Raul once before, on a different catamaran in St Lucia a few days after Maret and I first met.   He’s been around the world since then, and is now heading across the Atlantic for a Caribbean season.   Jaan had last seen Otra Vida one cold morning in Saaremaa during the winter refit – quite different indeed to how she looks today.  He too has circumnavigated, and amongst other things sings about his experiences doing that and living a unique life on a tiny Estonian island.  A nice visit, and I still have major boat envy about their inside steering station!
A friend from Cordon Bleu, the ever-energetic Maria, is originally from Porto, so naturally I asked her for suggestions.   We’re still recovering from her recommendation to try the local classic the Francesinha, a warm sandwich of American proportions, consisting of thick bread, sliced meats, sausage, smoked pork, fried beef, melted cheese and a tomato, beer and chilli sauce, all washed down with a glass of beer.  It’s not for the timid, and you won’t need to eat again for the rest of the day.   It reminded me of a cross between a Monte Cristo and a Philly Cheese Steak.  Excellent stuff! 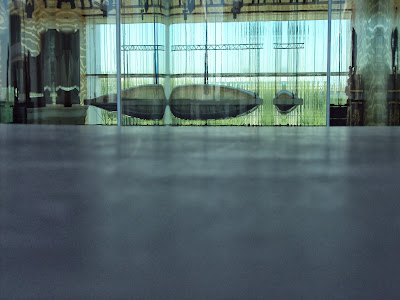 After this monumental cholesterol bomb lunch we walked around, slowly dragging our laden stomachs with us, hoping to burn off at least a few percent of the calories.  The Palacio de Cristal is a prominent Porto building used for exhibitions, and has extensive terraced gardens leading down towards the Douro River.  The views, as you would expect, are lovely.  The gardens themselves seem almost to have been designed for lovers’ trysts.  Lots of little spaces accessed by deliberately unnecessary detours, partially obscured from sight by the trees and shrubs, with views down to the river.  The sheer number of such romantic spots makes me think it did not happen by chance.  What a great city.
Leaving Porto we had 3kts of river current with us from the east, which collided outside the river mouth breakwater with W/NW swells from the Atlantic and 15kt wind from the south.  Add the reflected waves from the river protection, and a steeply shelving bottom.  Yes, it was like a washing machine.  Nothing dangerous with a working engine, but definitely uncomfortable.  2 miles out from the river we came across the telltale tidal race waves, where the current finally gave up.  After that things were back to normal.
Our next weather window looks to be Tuesday afternoon, although forecast accuracy 5 days out is quite variable.  If the forecast is accurate there is a risk we may actually sail.  I wonder if we’ll remember how to do that.
Time to go.  I can faintly see the 25 de Abril bridge in the distance, and I can hear the dolphins back for a late evening visit.